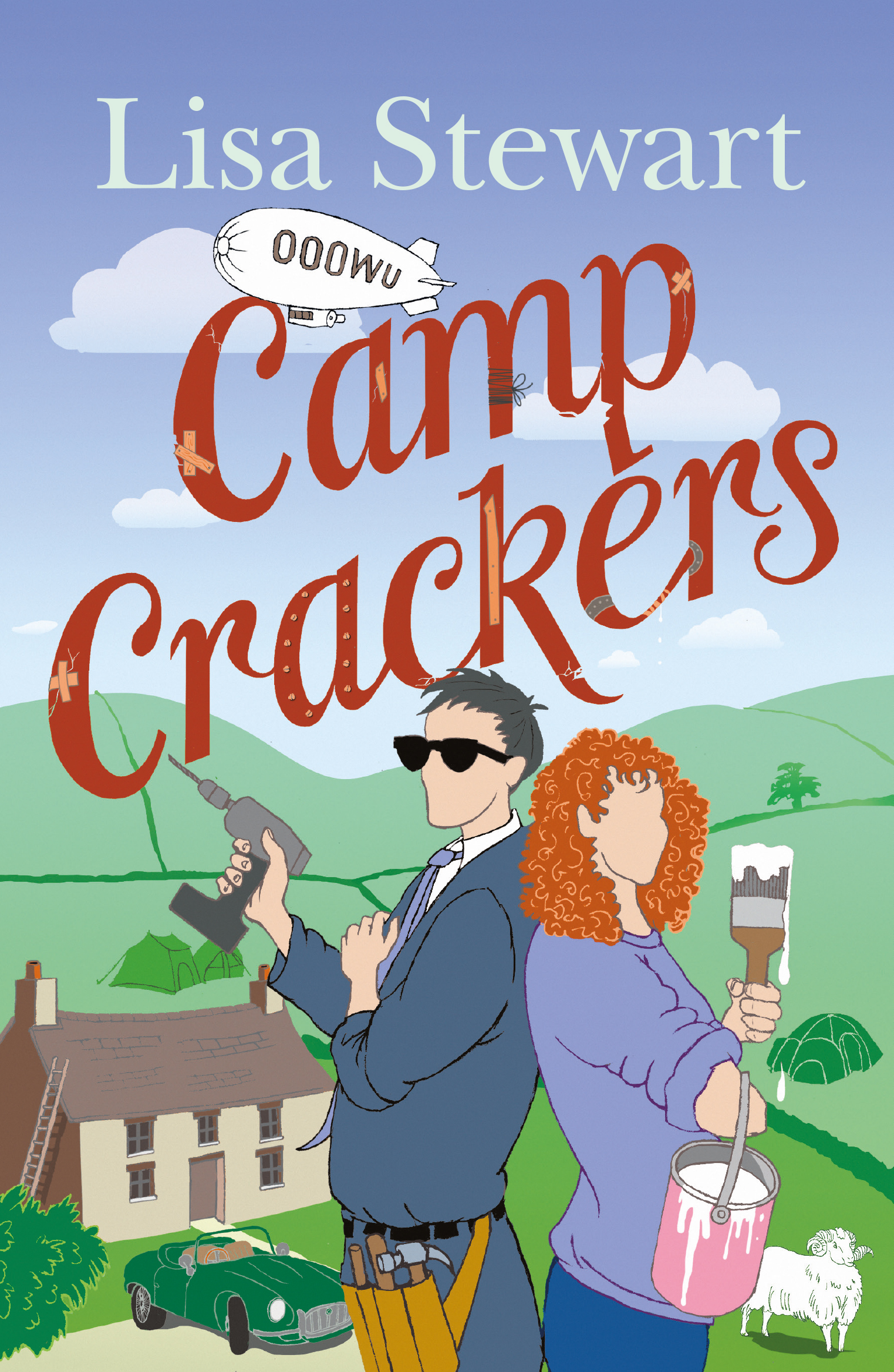 Reluctant siblings Sunny and Gil are persuaded to spend their summer holiday renovating their uncle’s shabby country cottage only to discover an invasion of mad campers in his back garden.

Sunny McIntosh is a redheaded, offbeat 23-year-old who dabbles in laziness. She has spent her life overshadowed by Gil – her perfect nerd of a brother. But this is her story – how she is thrown into hosting “the worst campsite in Scotland”, battles to restrain a fanatical sci-fi brigade and is desperate to finish the DIY so she can return home to Edinburgh and her precious Mathew.

Peggy is an engaging central character but I also thought that her colleagues in the Waverley Lost Property Office added a lot, as did the characters and situations that unfolded around the Lottery win. Some of the exchanges in the dialogue are very witty – Maureen Lipman type light-hearted observational comedy. With a bit of shuffling, this would make a great radio play or TV story.

Amazon Review by A Patrizio

Peggy’s world is very small. So small she can patrol her own border. Then two things happen to her simultaneously. She wins two point six million pounds in the national lottery the same week she is fired from the job she loves.

Sigrid Berger is sent to spend – sorry – manage Peggy’s winnings. Sigrid is gorgeous and she knows it, self-absorbed, high on champagne and low on patience.

Then there’s Mr Lithgow – extremely reliable at acquiring artefacts. At least he used to be. Until a box containing something of immense value, gripped in his hands for five hours, vanishes. Now he’s a bounty hunter under pressure on a wild box-chase around Edinburgh.

And the links in this chain? Kenny and Chantelle. Two ‘employees’ at the station where Peggy worked are jostled into the plot. Individually both of questionable intellect and moral compass. Together they form a team were they stranded on a desert island, they would set fire to the life raft in order to gain attention.

A story based in Edinburgh that will delight locals and non locals- with a humorous tale of the soup making business- but with much more in side plots – recommend to all who enjoy a good yarn!

SOUP IS THE NEW COFFEE

Attempt to stir in one very reluctant, wizarding soup vendor.

Throw in one ninja Neighbourhood Watch Coordinator in matching tweed.

And there you have the perfect recipe for a mixed broth of rivalry, undercover surveillance, magic, romance and team building.

WHEN I LAUGHED OUT LOUD SO OFTEN

…while reading a book. Was going through quite a difficult time and it really cheered me up. It’s based in Edinburgh so the locations were also familiar. Think this is the author’s first book and will definitely be reading another one.

My name is Sunny. I’ve grown up in the shadow of my exceptional brother and am often greeted with, ‘Gil’s sister? Well, why didn’t you say so?’ He is blessed with straight dark hair and brains. I inherited wild auburn locks and freckles that merge together when the clocks spring forward.

I failed to thrive in a number of jobs where my talents weren’t appreciated so set up my own business – Do Me A Favour. Hey – how hard can it be to host a cat’s birthday party or barbeque in a snowstorm?

While my enterprise is taking off, my perfect brother Gil seems to be unravelling faster than a spaghetti jumper. Throw in the fact that Mathew – my obsession since high school – is now back on the market after several careless owners, and you find me at a place in my life where being Gil’s sister is about as easy as ironing a wedding dress with a boiled egg.

I find myself chasing aliens, love and a runaway nun to get our lives back on track.