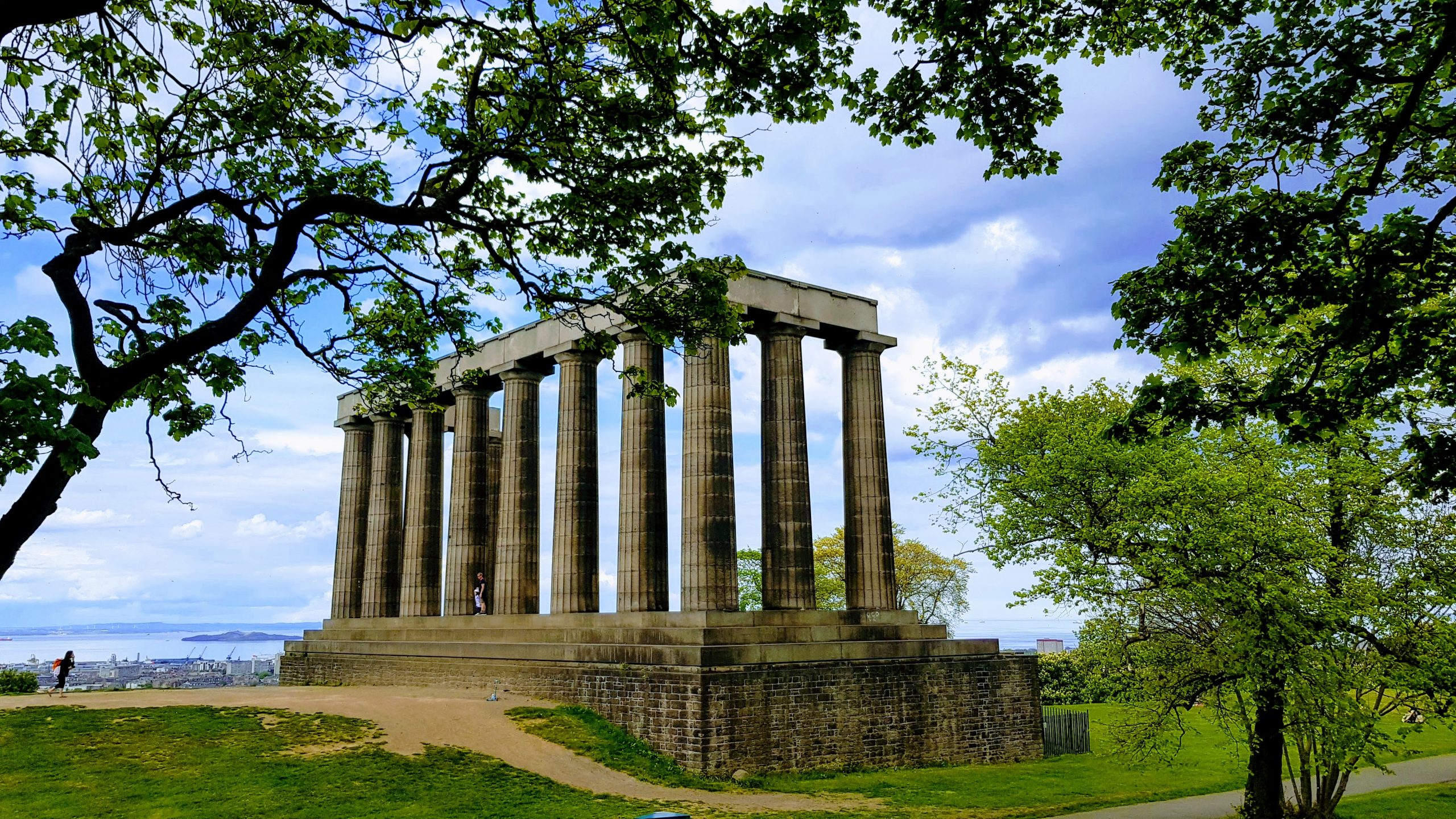 Frank the Fish, who delivers our weekly fish by van, stopped me to ask about Being Gil’s Sister. After weighing two Atlantic cod fillets and a measure of prawns, he got onto my writing. He had read the pitch on my website, which mentions extraterrestrial activity, and wanted to know if the novel could be described as science fiction. Ha! So I explained that Gil had got himself obsessed with the alien being from upstairs and how he was trying to make UFO contact through a radio set and kitchen colander. Of course the story is told through his sister, Sunny, who’s class and not to be outshone. She strives to uncover the truth behind the unlikely outer-spacer, and follows them both at night to the top of Calton Hill.

I took a close-up shot of the Athenian Acropolis for Frank so he can picture the scene and chucked in another couple of the Dugald Stewart monument, as it looked dead dramatic against one of those rare winter blue skies. Chips loved it and even got snapped by a couple of tourists. I’ve been following in Sunny’s footsteps and thought it’s time I popped in on some of her favourite pubs in Edinburgh. Hey ho! It’s a tough job…

Being Gil’s Sister by Lisa Stewart