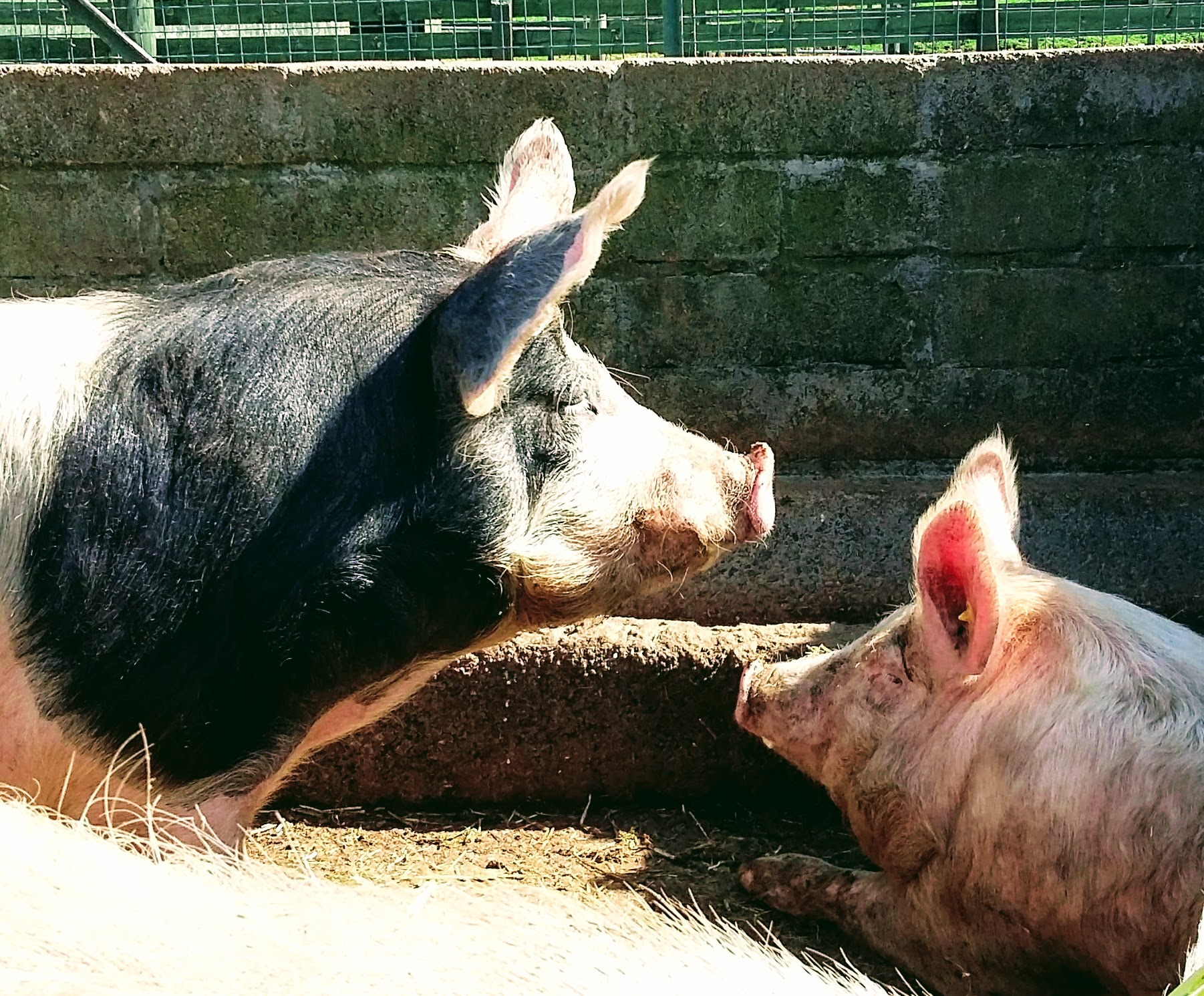 My next-door-but-one neighbour, Mrs Craddock, handed in half a dozen eggs, which she’d picked up at Gorgie Farm. It got me thinking, that I hadn’t visited the city farm in years – and it would be a good nod to Sigrid’s pivotal meeting with Peggy in Knitting Haggis. Peggy struck lucky with the lottery and, prompted by Sigrid, put together a modest bucket list. Although, best not to mention to Paul Hollywood that being on the receiving end of his famous handshake might be considered a modest ambition. I’m sure they’re as rare as the hens’ teeth of the Gorgie chickens.

So I secured Chips to a nearby lamppost (with the promise of a sausage end) and got up close and personal with the cows, pigs and ducks. I knew I was following in Peggy’s footsteps. While she was knitting an entire farm – including the unnecessary addition of a manure store – she was often spotted sizing up the goats.

After unleashing Chips we took a wander past Peggy Drumm’s flat and could have sworn we saw the curtain twitch as we passed. Still, it might have just been Brian licking his bowls.