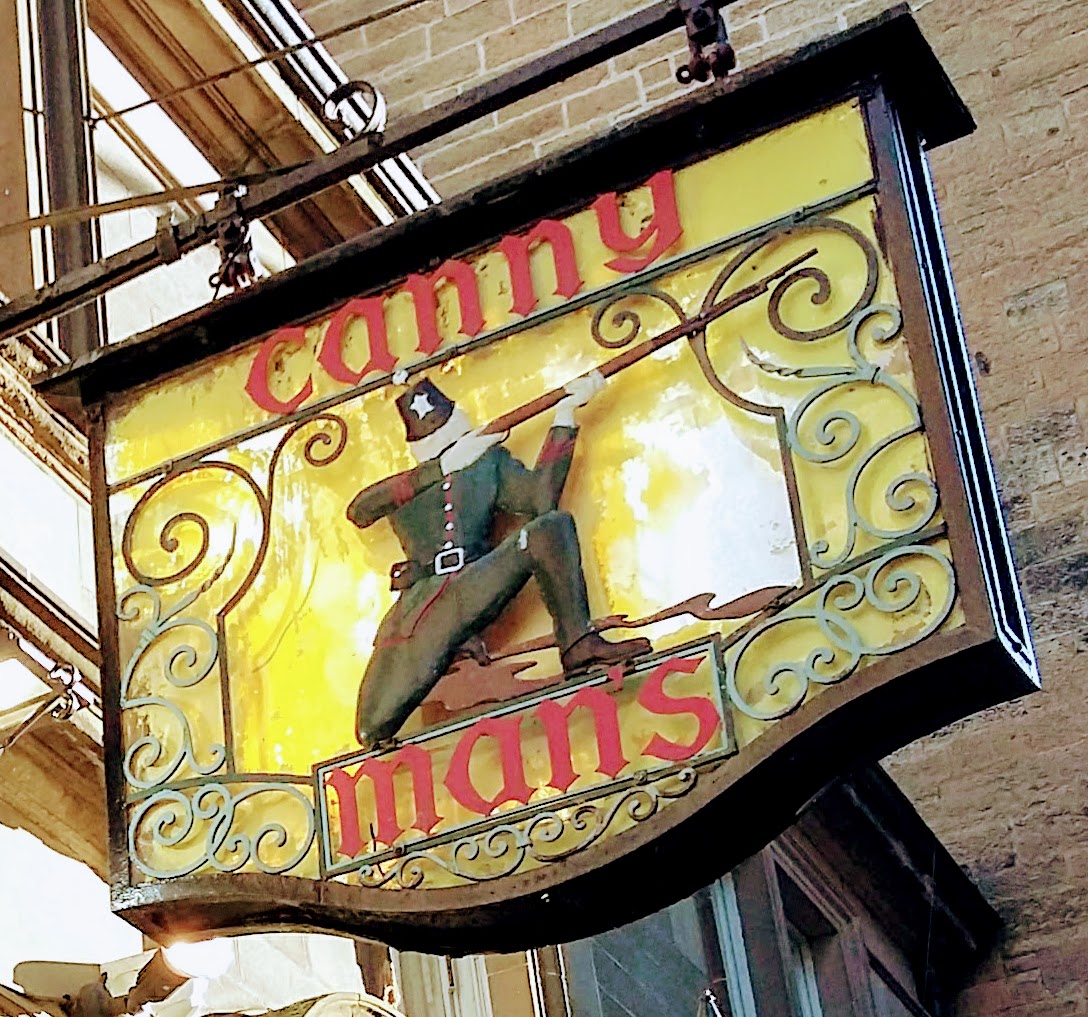 Sunny McIntosh is the South Pole to her brother Gil’s North Pole. Where he has polished good looks, dark hair and a charming personality she is lumpy, frumpy and grumpy. She has harboured a crush on Gil’s best friend (Mathew) since she was thirteen when they used to re-create Wimbledon on the council-owned tennis courts. After the passing of a mere decade an opportunity arises for Sunny to commandeer her brother’s Friday night pints. On route to the Canny Man’s Sunny conspires to ditch Gil so she has Mathew’s undivided attention. Or does she?

Chips and I caught the bus from Lothian Road down to Morningside. He was very excited about being allowed in the pub. Mind you, the woman hanging sideways from the ceiling threw him. He kept one eye on her as though she’d crash-land on the bar at any moment. I treated myself to their famous Bloody Mary and snapped away at a selection of the pubs artefacts, including jelly pans, model ships and caged birds.

In the hope of glimpsing Sunny’s love interest, Chips and I took a wander over to Stockbridge, popping into Mellis Cheesemongers for a wedge of Auld Reekie. We ducked down into the Bailie Bar. No sign of adorable Mathew at his local as I sampled a wee local gin and tonic. Being in the Bailie took me back to my giddy days of sophistication when we danced away Saturday nights at Cinderella Rockerfellas along the road. Next stop the Three Sisters Bar!

Being Gil’s Sister by Lisa Stewart